BACK TO TIP VAULT
How many heads tall

Moving weight and muscle to make a superhero

Have you ever wanted to draw a super powered guy who fights crime with his bare hands?  Have you found it way harder than you thought?  Well, you aren’t alone. Very slight changes in the size and shape of a character can change how strong they look, how nice they look and what type of character they appear to be. 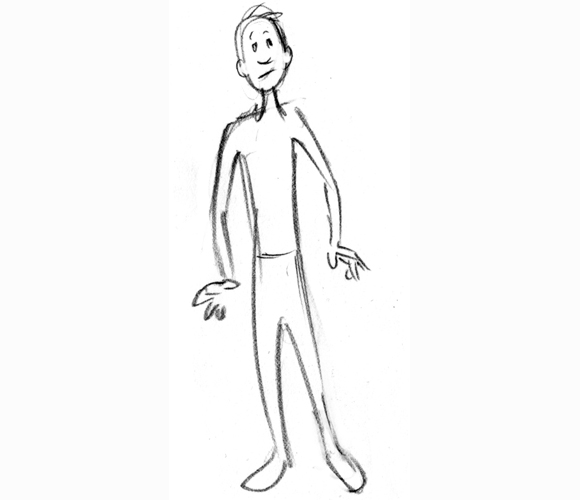 He’s not striking fear into the hearts of criminals. He’s regular. We need to add bulk. But where? 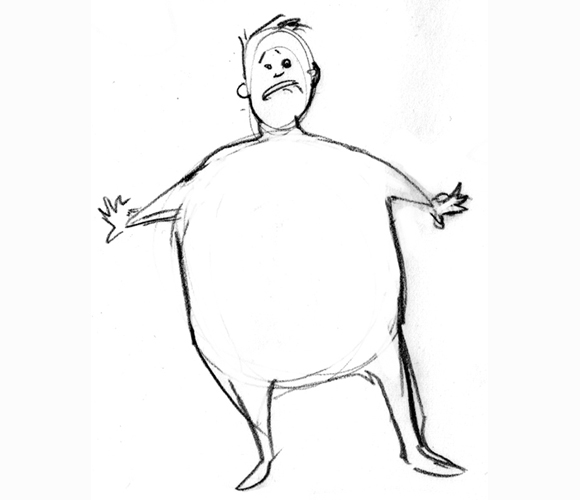 Whoops! Well, obviously we can’t just make him wider everywhere. He looks like he’s inflated, like a balloon. Superheroes tend to be larger in one area and smaller in another. Let’s try again… 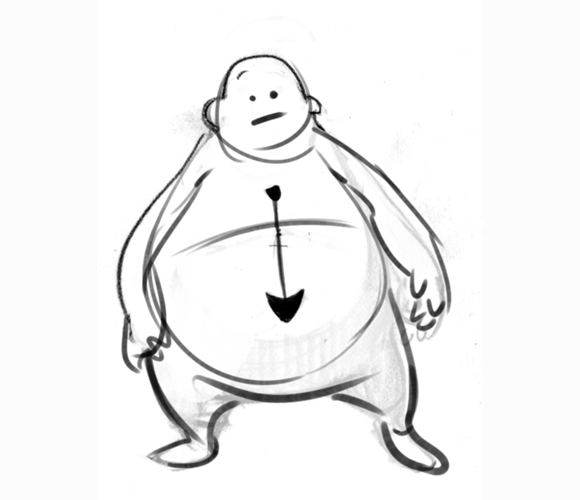 Well, this character isn’t about to pop, like the one before, but he’s not much better than the balloon guy at fighting crime. When the weight is shifted down, as with our guy above, we have a character that looks overweight.

Fat, unlike muscle, is subject to gravity. It falls down and is pulled towards the floor.  But, we have discovered how to draw a big chubby character!  This is useful, should we ever need him in a story. 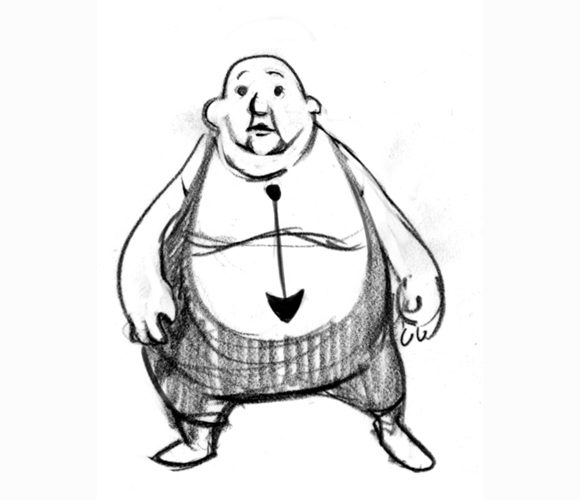 Right now, we don’t. We want a classic looking superhero. So, let’s reverse the weight and push it towards the top of the figure. 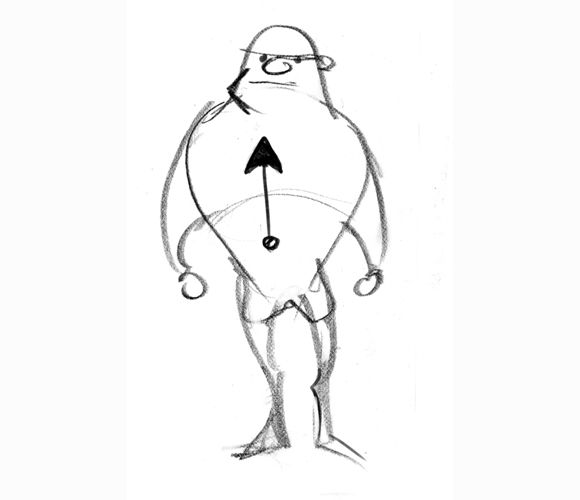 That’s better. We associate strength particularly with upper body bulk:  giant arms, neck and shoulders instantly come across as a strong character. Add a cape and some hero tights, and this guy is ready to go do some good! 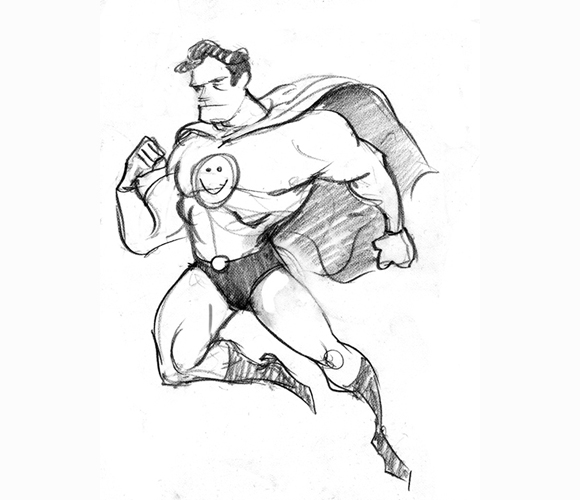 This guy is definitely going to save the day.

Where weight sits on a character can begin to tell us a lot about who he or she is. And it’s fun to play with this idea and see what happens with each character after we adjust where the weight and bulk gets added.

For instance, what if we took the hero and made his wrists and ankles enormous, and also shrunk his head? 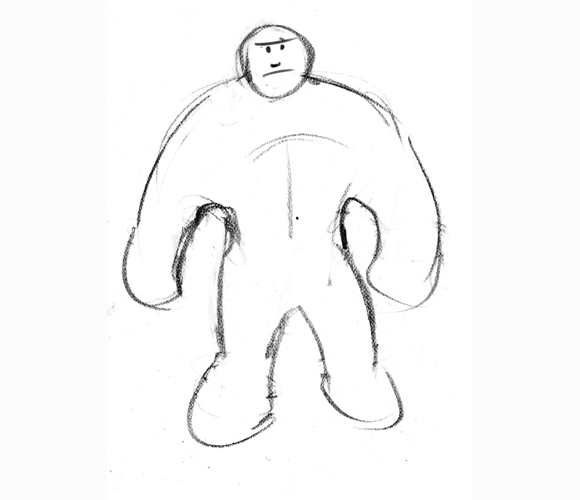 He starts to look a bit less heroic and a bit more like a big brute.

Try this out for yourself.  Make superheroes and lovable chubby guys and brutes!  Move the weight around to different places and see how the character takes on a different feel.