BACK TO TIP VAULT
Learning from each story


What to name your characters
- Tip - 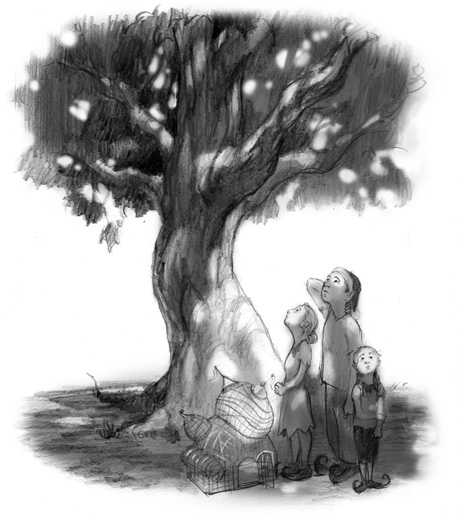 Recently, I came upon three young elves.  They stood under a very tall, very large tree.  They all looked worried and they all were looking up.  Then I noticed a cage standing at their feet.  The door to the cage was open, and the cage was noticeably barren.

These youngsters said nothing as I passed.  I said nothing to the three.  I felt as if they didn’t particularly want to be seen—but that they desperately wanted the former resident of the cage to be seen!

I continued on my way, with a few quick looks back.  I could not help but look back.  I was hoping for even a little more information about the circumstances.

You see, my imagination was suddenly extremely busy!  It was a ferret.  No, it was a fairy.  No, it was a wicked sprite who had been captured from the forest.  It couldn’t be!  But maybe it was.

I returned to the workshop and pulled out a journal.  I wrote about the three elves, I wrote about how one was taller than the next, I recalled their faces and described them in detail.  I wrote about the swirls of the cage, the wide open door, the feeling that something had just left.  I wrote my ideas, ideas that would explain and connect everything that I saw.

Then I closed the journal and went and made some delicious cucumber sandwiches with the crusts cut off.  I felt satisfied.  I had not written a story, not yet.  But I had written a piece of a story.

Quite possibly I will run into these elves again and find out more of the fascinating circumstances.  Maybe this little escaped creature will turn up in my pond tomorrow afternoon.  Maybe I will wake up from a day’s sleep and know exactly the story I can make from this one moment I stumbled upon.  Whatever the future may hold, there is no doubt about one thing:  this was worth taking some notes.

New idea:  Sometimes, on our usual travels, we pass an unusual moment.  The moment seems curious and it makes us feel curious.  Rather than thinking about the moment for just a moment and then forgetting about it, why not write about it in a journal?  Save it away!  Our notes, tiny details and ideas may one day become part of a story.